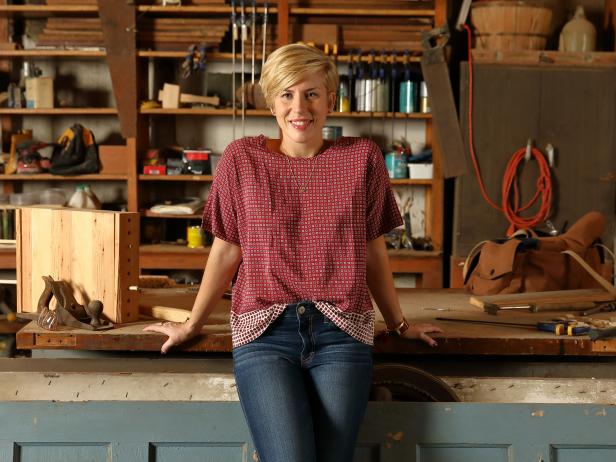 Erin Napier is a Television Personality and an Entrepreneur with a creative eye. She is part of the HGTV show called Home Town along with her husband Ben Napier. The show is based upon the couple’s Scotsman Co. woodworking shop through which they help families in building their homes. As of 2019, Erin Napier net worth is estimated to be $5 million.

Before all the fame that came to them, Erin had the habit of keeping an online daily journal where she wanted to write about all the things that were positive in her life and as a result, she had put her story of the small-town life she and her husband were living.

Eventually, after this was picked up, their show Home Town would come to life in early 2016. The show has been able to capture the amazing story of how they are rebuilding the once-thriving American Main Street that is present there with their own work which always puts community first.

Erin and her husband Ben Napier also have a company named Laurel Mercantile Co. where there are 4 other co-owners who are all their friends. The store has the mission of supporting locally made products. Erin is more active in the design aspect here. She always loved the design and her career had initially started to incorporate graphic design according to HGTV.

Erin and Ben had met during their time at the University of Mississippi back in late 2004. At that time, Erin actually had a crush on Ben from afar as he was the popular guy. Within a week after they started to date, Ben mentioned that he had fallen in love with her and would marry her.

That would happen four years later in 2008 and they have been together ever since. Today, they have a daughter named Helen who was born in January of 2018. The two are a cute couple together. They even have a tradition where Ben makes Erin a book about the best thing that happened every month of that year.

Leilani Dowding Net Worth: How Rich is the Model Actually?