Kelly Loeffler is an American businesswoman best known as the CEO of the financial services firm Bakkt. She is also the co-owner of the Atlanta Dream in the WNBA franchise. Loeffler is currently serving as the junior United States Senator for Georgia since 2020. Kelly Loeffler net worth is estimated to be $80 million.

Kelly was born in Bloomington, Illinois, and grew up on the family farm, where she worked in the soybean fields. She attended Olympia High School and participated in various sports including basketball, cross country, and track & field. She then went to the University of Illinois where she graduated with a Bachelor of Science in Marketing in 1992. Loeffler further continued her study and received a Master of Business Administration in International Finance and Marketing from DePaul University in 1999.

After graduating from DePaul University, she joined Intercontinental Exchange, a commodity and financial service provider in 2002. She then became the vice president of investor relations and corporate communications. In 2010, she bought a share in the Atlanta Dream of the Women’s National Basketball Association.

In 2018, Loeffler became the CEO of Bakkt, a subsidiary of Intercontinental Exchange. The company was founded by her husband, Jeff Sprecher. In addition to that, she also serves on the boards of Georgia Power and Grady Memorial Hospital. She has also served on the boards of the Georgia Research Alliance and Skyland Trial which is a non-profit residential treatment center for mental health serving adolescents ages 14-17 and adults.

Loeffler who is a firm Republican Party supporter donated $750,000 to Restore Our Future, Super PAC supporting former Governor Mitt Romney’s 2012 Presidential campaign. In 2014, she considered taking a Republican nomination for the US Senate election in Georgia but she passed on the race because of Intercontinental Exchange’s merger with the NYSE.

From 2013 to 2019, Loeffler donated over $560,000 to Republican campaign committees while her husband has also contributed more than $500,000. Loeffler has also paid a huge amount of money including a $100,000 gift to participate in Trump’s Nov. 8 roundtable in Atlanta.

Kelly Loeffler is the anticipated successor to incumbent Senator Johnny Isakson who is resigning from the Senate on December 31 due to health reasons. It is also reported that Loeffler was Governor Brian Kemp’s top choice for the seat.

Jim Jordan Net Worth: How Rich is the Republican Congressman?

Daisy Keech Net Worth: How Rich is the Instagram Star Actually?

Kelly Loeffler Net Worth: How Rich is the Georgia Senator Actually? 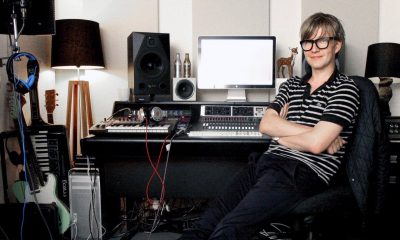